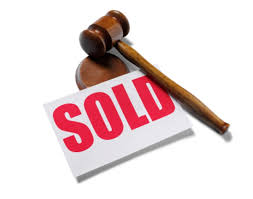 ICANN seeks to gather community input regarding the detailed rules and processes for Auctions to resolve string contention sets in the New gTLD Program. The preliminary auction rules were originally published 1 Nov 2013, they have since been updated based on feedback and will be finalized based on the input of the community from this comment period.

Section I: Description, Explanation, and Purpose:

ICANN is pleased to announce the publication of an updated version (2013.12.12) of the Auction Rules, the Bidder Agreement, the Bidder Forms, and a Draft Auction Schedule for community review. The Auction Rules have been updated since the initial release of the Preliminary Auction Rules on 1 Nov 2013 based on feedback received including during the Auctions Webinar on 7 November 2013 and the ICANN 48 Meeting in Buenos Aires. The documents being published for comment are:

ICANN intends to publish a Master Escrow agreement between ICANN, Power Auctions and the Escrow Provider for informational purposes prior to the conclusion of the public comment period. It is not envisioned that Bidders will execute an agreement with the Escrow Provider; rather the Bidder’s Agreement will create a relationship where the Bidder will be a third party beneficiary to the Escrow Agreement. The Escrow provider will establish accounts by Bidder to securely hold deposits, issue refunds to Bidders based on the Auction Results, and collect winning fees on behalf of ICANN.

All feedback will be taken into account, but community feedback on the following topics will be especially helpful.

With the input from the community in this public comment period, ICANN will complete and publish the Auction Rules, Bidder’s Agreement, Bidder Forms and move forward to administer Auctions to resolve string contention sets on the new gTLD program.

Section 4.3 of the Applicant Guidebook describes auctions as the last resort method to resolve string contention sets. This section provides for an Ascending Clock Auction methodology and provides an overview of the process and simplified illustrations of the execution of a contention set auction. On 1 November 2013, a preliminary version of the Auction rules was published. The Auction Rules were published as preliminary because there were several aspects related to scheduling that would benefit from community feedback prior to finalization and execution of the Auction program. The Auction Rules have since been updated to provide more details of the Auction processes and procedures as well as to incorporate community feedback received since the initial publication.