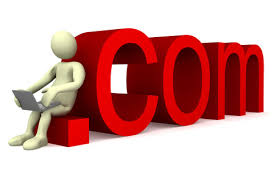 A study conducted by According to a recent survey of millions of consumers by Weebly, 56 percent said they do not trust a business without a website,Moreover, Internet Retailer recently reported that online research is critical for driving traffic to physical stores. And Forrester Research predicts sales influenced by the Web in 2014 will reach $1.409 trillion. With more than 25 million businesses around the globe online, those without an online presence are at a clear disadvantage.

Verisign commissioned this research from Merrill Research to glean insight into the motivations, perceived benefits and barriers, and preferences of small businesses around the world for creating an online presence with the intent of helping those small businesses that have not yet brought their businesses online learn from their Web savvy peers’ experiences.

•When asked which methods of an online presence their small businesses employed overall, the highest rates of website usage were in Germany (91 percent), the U.S. (88 percent), and the U.K. (88 percent). India reported the lowest rate at 67 percent, while the global average was 82 percent. The second most used method, social media, was reported by 49 percent globally with the highest usage in China (63 percent) and the lowest usage in France (41 percent).

•The preferred domain extension for small business is .com: In the U.S., nine out of 10 (89 percent) small businesses with an online presence prefer a .com domain name for their company website. Globally, that number is 61 percent.

•In Germany, the local country code top level domain (ccTLD), .de, was preferred, with .com coming in second. In France, .com and the local ccTLD, .fr, are equally preferred.

•More than half (54 percent) of U.S. respondents said they would choose a .net domain name to support their company website if their preferred TLD (most often cited as .com) was not available.

•Small businesses have not caught up with the mobile trend: Globally, only 21 percent of small businesses with a website have a mobile version of their website, with China reporting the highest percent (45 percent) and Germany the lowest (11 percent).