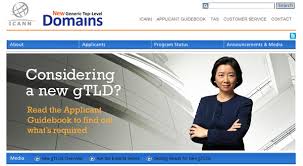 The New gTLD Applicant Group (NTAG) writes to compliment ICANN on the successful Draw process, but also to highlight a growing concern for our group – the continued slippage of clearly defined dates and timelines within the new gTLD program. We have stated before on numerous occasions that predictability in the evaluation and delegation process is of paramount concern for us (please see: NTAG correspondence on July 26 and September 5; RySG correspondence on September 1; and group comments on batching on August 19). It is critical for both applicants and non-applicants alike to have some amount of certainty around the new gTLD process as well as for ICANN to show accountability and transparency to its stakeholders by hitting community agreed upon and announced deadlines.

Despite repeated calls for the need for ICANN to do its utmost to publish and adhere to clear timelines and milestones, ICANN has pushed back or missed a number of key milestones in recent months. Specifically: Release of Contention Sets: ICANN initially indicated to applicants that string similarity results/contention sets would be released prior to July 11, as that was the initial batching date and contention sets had to be set prior to the start of batching. When digital archery was abandoned, the date for the release of contention sets also moved. The new timeline was given as “four-and-a-half months” after the panel received the strings, leading the new date to be the end of October 2012. At the Toronto meeting, ICANN staff also indicated that results would be published in October 2012. During the Applicant Update Webinar in November, applicants were told that contention sets would be released at the end of December 2012. Then, in the most recent webinar, ICANN informed applicants that contention sets would not be released until January 2013. This is a critical issue for applicants because if we do not know who is in contention with whom, we cannot begin to negotiate with fellow applicants to try and actually resolve areas of contention, which will ultimately lead to a further delay in the process.

According to the Applicant Guidebook (AGB), background screenings are to be completed prior to the Application Comment and Early Warning Periods’ close, as well as prior to the close of the Objection Period. As such, Background Screening results should be released as soon as possible. Everyone benefits from the timely release of background screening results. If an applicant fails the screening process, the community no longer has worry about filing objections on those applications, ICANN does not have to perform the costly Initial Evaluation on those applications, and the applicant need not wait around churning cash and eventually receive a lower refund amount after learning — many months after reviews were finalized — that they failed the background screening. If an applicant passes, the community is much better educated about both the application and the applicant and the public benefits from additional certainty in the process.

comment period on new rights protections. Further delay creates additional and unnecessary uncertainty for applicants and their service providers. Extension of Objection Deadline: Recently, the objection period was extended by two months from January 2013 to March 2013. The community has had plenty of time to consider and prepare for objections. The March 13, 2013, deadline must be final, as any further delay would cause material harm to applicants.

Extension of Completion of Initial Evaluation Results: Initially, applicants were told that initial evaluation results would be published in June 2013; however, now we have been told that panels will not complete their initial evaluations until August 2013 – a difference of potentially over two months.

Release of analysis on the public draw comments: ICANN stated that it would release analysis on all of the submitted comments on the prioritization draw prior to launching the draw.

In fact, during the Applicant Update Webinar in November 2012, the analysis was promised the following week. However, the draw officially took place on December 17 with no such release of comment analysis by ICANN.

ICANN has only released two of the four advisories. This puts applicants at a disadvantage in terms of being able to answer the clarifying questions according to the review panels’ guidelines. Furthermore, this runs the risk of throwing more applications into extended evaluation, thus prolonging the forward progress of the entire program. read more