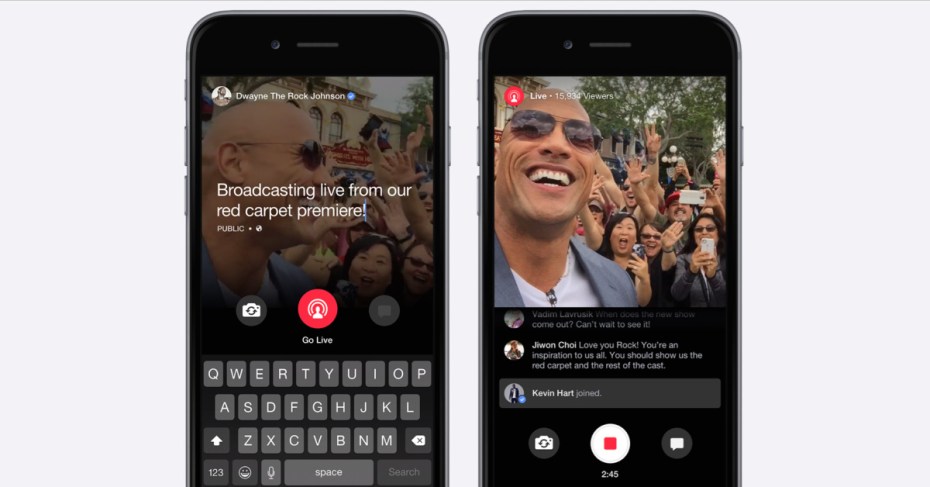 For nearly the past four months, Facebook has had a live-streaming service that’s sought to rival what Periscope, Ustream, or YouTube offer. But the service has been limited to celebrities and those with verified profiles. Now, the social networking company has revealed that it’s testing its live video offering with more people.

Facebook hasn’t given a time frame for releasing this feature to the general public, but it’s not an easy thing to scale, according to a new engineering post. We do know that the company is starting with a “small percentage” of iPhone users within the U.S. If you’re one of the select few, you’ll notice a “Live Video” option in the “Update Status” dialog box within Facebook’s app — you won’t be using Facebook Mentions.

“Building live video for Facebook was a challenging exercise in engineering for scale,” wrote engineers Federico Larumbe and Abhishek Mathur. “With Live for Facebook Mentions, we had to solve for huge traffic spikes. Public figures on Facebook can have millions of followers all trying to watch a video at once; creating new tricks for load balancing became our goal.”

What’s interesting about this is that instead of starting with millions of users with relatively small audiences, Facebook instead chose a smaller group with big audiences. This obviously makes sense from a business perspective — by having thought leaders and influencers, like celebrities, using this tool, Facebook can generate more engagement and better adoption. Read more