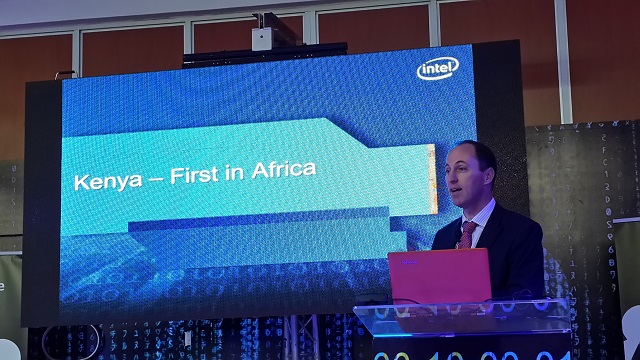 Intel picks Kenya for new investment: The East African nation will be the site of the first investment on the continent by Intel’s Software and Services Group.

Intel Software and Services Group has launched a new initiative that will first benefits African developers. Kenya is the first country where the initiative takes root with developers expected to gain design tools, resources and expert consulting from SSG. With 5 undersea fibre cables supplying broadband to the country, Kenya is among the 7 most connected in the continent. This has seen many technology innovations take shape in the country with local start-ups creating mobile applications that have been able to answer the needs of the market. Through SSG’s  program, three local tech start-ups will be sponsored for online training and mentorship  which will include UC Berkeley Faculty and Silicon Valley entrepreneurs.

100 new applications are expected over the next 6 months by the SSG which will help create differentiated experiences for users across mobile devices running on Intel platforms. While pushing for local innovation Intel will benefit from software developed by local talent through collaborations with Strathmore University and the UoN. The curriculum in these institutions will now integrate High Performance Computing as Intel provides them with resources to boost the university hardware labs. Local tech hubs have also forged a partnership with Intel which will be the basis for developers to port Android apps to run on the Intel platform. The 24th of June marks the beginning of intensive coaching sessions for developers, these sessions are part of a quarterly program run by the SSG and iHub .

Also, through a programme with iHub and m:lab, Intel SSG will provide training to developers, allowing them to create and port Android-based apps on Intel architecture. On a quarterly basis, Intel will host intensive coaching sessions for developers and upcoming tech entrepreneurs.