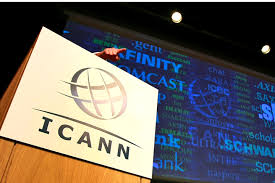 As written by Michael Berkens on thedomains.com ICANN released its 1st  quarterly financial statement, as Domainincite.com,  pointed out, ICANN has spent $119.2 million of its original $344.9 million program budget (which comprises application fees net of refunds).”

“As of September 30, it still had $225.7 million in cash dedicated to the program, which is accounted for separate to ICANN’s regular operating budget.”

ICANN completed the  initial evaluations of  (IE) of the 1930 applications in August.

One can argue that ICANN therefore has completed the heavy lifting, its work in opening the programing and processing the applications.

Objections are a separate matter which carry separate fees.

ICANN does have a $108.9 million “risk reserve”, for lawsuits and other potential legal liabilities but as of publication I’m not aware of any lawsuit filed against ICANN over the new gTLD program by applicants or non-applicants.

There maybe a lawsuit filed one day or 10 suits or 100 lawsuits, but as of now there are none and with ICANN completing much of its work, barring lawsuits it looks like ICANN  maybe in for a huge windfall from the new gTLD program and that is not even counting revenue from ICANN last resort auctions that are scheduled to start in March.

You might remember that the $185,000 fee charged by ICANN to apply for a new gTLD was a “cost recovery fee”.

ICANN was not suppose to “make money” off the applications but pay for the cost of program from the fees.

ICANN has said the last resort auction fees will be segregated and accounted for separately but have never committed on how they would be spent this amount which will be in the hundreds of million in my opinion.

How the money from the last resort auction should be spent and who should be in charge of it, was the subject of many comments at the public forum at the last ICANN meeting in Argentina.

Despite huge pressure from the community, ICANN has refused to commit how these funds will be spent.

ICANN also has not to my knowledge disclosed anywhere how Power Auctions, who will be conducting the ICANN last resort auctions will be compensated.

While private auction companies such as ApplicantAuction.com and RightoftheDot.com have a rack rate of around 4% of the winning bid, ICANN has not disclosed what percentage they are paying Power Auctions, or if its a flat rate, what that rate is.

As of publication there have been two comments submitted.

I know its the holidays and people traditionally wait until the last couple of days before commenting but if you have any interest in how this auction is to be run or the funds used now is the time to comment which you can do by sending an email to ICANN at comments-new-gtld-auction-rules-16dec13@icann.org