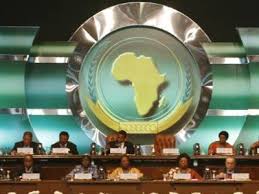 Africa has made the news once again, in the technology sector and as the most attractive continent in the world in terms of technology and business. It’s clearly the next emerging market with top tech and blue chip firms jostling to set up regional head quarters.
.
In the technology frontier and especially the internet and domain related businesses, Africa is smack in the center of a simmering row between two organizations that are applying to get the go ahead from ICANN to set up and manage the African registry under the .africa generic top level domain.
.
The major reason of cause for conflict is the involvement of the African Union which initially offered an endorsement to one applicant DotConnectAfrica in the year 2009. The endorsement was however was claimed to be revoked after operatives from the competing party Uniforum conjured to have the AU endorsement of DotConnectAfrica objected and thereafter a letter was then given to Uniforum to apply for the .africa string in partnership with the AU.
.
The Continental Cyber-squatting – A foursome game

The major problem with the AU and Uniforum deal is the fact that the AU is playing a foursome game, where it has taken on to endorse itself,  as well as being a “co-applicant”,  and at the same time appointing a registry on behalf of Africa, a mandate that belongs to ICANN, and recently objecting another applicant like DotConnectAfrica who is in competition; putting the African gTLD in a precarious position removing all form of fairness, equity and illegibility to apply to this 185K USD application.
.
This means that the AU/Uniforum deal creates an unfair bias over any competition like DotConnectAfrica, by having all governments rally to object the applicant.  The reality is that the governments themselves may not be privy to the gTLD procedure and therefore are blindly teleguided into conforming to a deal that puts the African registry future in sheer bleakness.
.
Some of the ramification of an AU led applicant is the lack of proper mechanisms that will separate the business of running the gTLD from governmental influence, a fact that has killed most AU led projects.   Issues of transparency, privacy and freedom of speech are other unseen realities that will duly come to light when the governments are brou

ght to task over internet freedom, making this a case of African Union hostel takeover of the African domain.
.
Who will save AU from itself as the days quickly fly by? As is evident in other Pan-African projects that have failed, AU as a co-applicant simply kills the .africa project even before evaluation concludes.  Who will warn the AU that it should simply be a referee and cannot be a player/referee, thus cyber-squatting an entire Continental Top Level Domain?