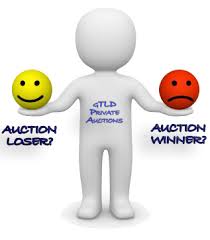 To bid in an auction each applicant will have to put up 10% of its maximum bid and if they want to bid an unlimited amount or more than $20 Million they have to put up $2 million per string. ICANN published rules for its Last Resort auction

Under the rules applicants will not be able to ‘”share” the deposit (although once concluded the money can be moved to another auction) theoretically if an applicant for a large number of applications in contention wanted the ability to bid over $20M per string they are going to have to come up with a lot of money just to bid.

Consider Uniregistry which has 41 of its applications under contention, if they wanted to bid an unlimited amount for each string they would have to come up with over $80 million just in deposits assuming all the auctions were held in within a short time frame.

That’s a lot of money.

Maybe more interestedly, is that ICANN left unanswered many issues raised six weeks ago by Valideus which is private company “currently managing 5% of all new gTLD applications”, including Amazon’s, which  sent a letter to ICANN bring to its “attention a number of questions/concerns regarding the auction process that may be shared by a range of applicants.” on ICANN’s “Last Resort Auctions”  While some of the issues in the letter were address indirectly by ICANN under the proposed rules many issues raised in the letter remain unanswered:

Applicants may need to make a series of dynamic auction decisions on the basis of eventualities in multiple concurrent auctions (i.e., they may adjust what they are willing to spend in real-time, and may not be able to tie up an as-yet unknown amount for uncapped bidding authority). Again, while respecting confidentiality of deposit amounts, where applicants have not elected the uncapped bidding option, in recognition of the fact that it may be necessary to revisit auction strategies in real-time, what opportunities does ICANN propose to provide applicants for bidding authority beyond the auction cap corresponding to the 10% deposit-related auction limit?

The rules issued last night do not seem to allow additional deposited to be submitted during the auction process.  To bid in an auction each applicant will have to put up 10% of its maximum bid and if they want to bid an unlimited amount or more than $20 Million they have to put up $2 million per string.

So if an applicant like Amazon only puts $1 million into a escrow account for a particular auction they will be limited to a maximum bid of $10 Million on that one auction.  The rules do not seem to allow additional deposits during the auction itself so applicants would have to put in $2 Million per string to make sure they had the ability to bid as much as they would like.

Can ICANN confirm that, where applicable, it will use commercially-reasonable best efforts to return any unused bidding deposits in full to applicants, and the exact timing for applicants to receive such a refund?

Under the rules unused bidding deposits will be returned “promptly” to the applicants, so a definite no to the request for an exact times for applicant to receive a refund

When does ICANN anticipate publishing the bidding agreement? It is important that this be provided to applicants as soon as possible, and well in advance of any auctions.

Section 4.3.2 of the AGB states that “the winning bidder in any auction will be required to pay the full amount of the final price within 20 business days of the end of the auction.”

As applicants may not be inclined or indeed able to tie up significant sums (reaching into multi millions of dollars), and success at auction can only be determined after the fact, it may be difficult to motivate immediate payment of full auction payments.

We therefore believe it would be appropriate for ICANN to grant a winning applicant a reasonable time extension if they can clearly demonstrate good faith efforts to make payment in full (e.g., by providing evidence that instructions have been sent from the applicant to its financial institution).

In the rules set by ICANN the 20 day business rules still applied to the payment of winning bids in excess of deposits.  The rules do allow for the granting of additional time for payment but only “due to verifiable government-imposed currency restrictions”, can the Bidder advise ICANN well in advance of the Auction and ICANN will consider applying a longer payment period to all Bidders within the same Contention Set.”

Section 4.3.2 of the AGB states that “any winning bidder…retains the obligation to execute the required registry agreement within 90 days of the end of the auction.” However, as ICANN is aware, the AGB permits applicants nine months to negotiate the Registry Agreement. We would therefore welcome ICANN’s confirmation that these contract terms control, and that in the interests of equity, applicants winning at auction – and relying in good faith on the Registry Agreement’s terms – retain the reasonable right and ability to negotiate the contract, should they so choose, as per the contract terms.

This was not addressed by the Last Resort Auction rules issues last night.

As ICANN is aware, many applicants are publicly-listed companies with shareholder obligations, while others may be subject to laws which restrict or prohibit funds flowing to certain jurisdictions. As such, the ability of applicants to participate in an auction may be contingent on transparency in ICANN’s plans for auction proceeds. Therefore we would appreciate ICANN’s confirmation that any determination as to how auction proceeds will be used (whether subject to future “community input”) will respect applicable law

ICANN did not make any statement in conjunction with the issuance of the Last Resort Auction rules what it will be doing with the hundreds of million certain to be generated by the Auction.

The AGB states that “the bidding deposit must be transmitted by wire transfer to a specified bank account specified by ICANN or its auction provider at a major international bank.”

As applicants are being asked to entrust millions of dollars in bidding deposits to an as-yet unknown third party, insurance and liability are serious concerns.

We would therefore be grateful for clarity from ICANN on the precise location such funds would be held, and as to the entity to which applicants will be entrusting their funds (if not ICANN) including due diligence conducted, as well as commercially-appropriate assurances as to funds held.

Under the rules of the Last Resort Auction released last night ICANN still has not identified the bank who will be holding the funds,  but only that funds will have to be wired to an “Auction Bank Account, which will be established for auction purposes by ICANN or Power Auctions LLC at a major US commercial bank. The funds in the Auction Bank Account will be held in escrow and segregated on a Bidder by Bidder basis”.

Keep in mind under US banking laws each account is only insured up to $250,000, which doesn’t give applicants much comfort when they will be depositing up to $2 Million dollars to a bank account at an institution they is yet unnamed.

Can ICANN confirm that applicants will be given reasonable time to transfer auction deposits?

ICANN cannot reasonably expect applicants to deposit significant sums of money in an account with less than 30 days’ notice. Many companies simply cannot process such amounts internally in 10 days (as was required under ICANN’s new gTLD Dispute Resolution Procedure).

The rules issued last night simply say the funds must be in the escrow account before the auction, it doesn’t contain any information regarding how much notice applicants will receive in advance of the auction.

This question went unanswered under the rules.

The AGB provides guidance on the postponement of auctions only where two or more community applications are left in a contention set following successful completion of ICANN’s Community Priority Evaluation.

We would appreciate ICANN’s confirmation that it will allow parties in a contention set (whether standard or community applicants) to request a reasonable postponement (e.g., 60-90 days) to their scheduled ICANN auction for good-faith settlement discussions.

This is not addressed in the rules issued last night.

Also interesting to note that these are “The near final version” of the rules.  They will be finalized as soon as is operationally feasible.”

ICANN recently said the 1st Lat Resort Auctions would be held in October.  More recently ICANN said the rules would be released on October and the first auction will be held in November.

So today is November 2nd and we still don’t have the final rules, so with the ICANN meeting  coming up in 2 weeks and then the holidays it appears highly unlikely that we would see any ICANN Last Resort Auctions in 2013. Source thedomains.com