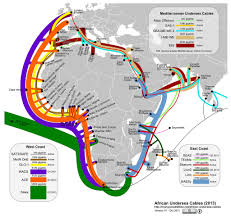 Eastern Africa member countries are currently deliberating on how they can put up regional internet exchange points to contain local Internet traffic and reduce costs associated with traffic exchange between Internet Service providers. Reports All Africa

In a weeklong forum jointly organised by African Union Commission, East African Communications Organisations, The East African Community and Intergovernmental Authority on Development (IGAD), the 11 partner states are focused on ensuring that internet traffic is routed locally, which according to experts will help improve Internet service providers efficiency.

Currently internet traffic across the region is routed via Europe, making it costly for the local internet service providers who in turn pass down the cost to clients. Routing through Europe at times causes inconveniences such as slow internet speeds.

Mwangi Michuki, Internet Society’s senior development manager for Africa and the Middle East said with the growing need for communication between countries in the region, it is necessary to ensure that internet traffic is maintained within the region.

“Business across the region is growing and there is increasedneed for fast and instant communication. It is this that has compelled us to question the viability of sending Eastern Africa Traffic via Europe when it can be cheaper and convenient if we routed it within the region,” Michuki said.

He added that they were planning to put up more than one exchange point so as to reduce chances of interference during breakdown.

“We plan to have multiple regional exchange points to ensure that a breakdown at one point does not jeopardise communication. To achieve this, we need to create an environment where every country in the region is a potential hub,” Michuki said.

The initiative according to Michuki will facilitate exchange of research work and educational material between universities as well as business communication within the region.

It will also create an opportunity for innovation as providers have access to a wider market beyond their countries.

Robert Muratirwa from Airtel, one of the local internet service providers, said consumers are likely to benefit since operating costs for the providers will go down.

Minister for Youth and ICT Jean Philbert Nsengimana, said the region was losing money due to inadequate interconnection between internet service providers and telecommunication operators.

“It is time we captured those funds lost due to unmanaged flow of internet traffic,” Nsengimana said.

He noted that one of the immediate targets of the Northern Corridor of the East African Community (Rwanda, Kenya, Uganda and Southern Sudan) is to implement a regional Internet Exchange Point by July 2015.

“For this to happen, national internet exchange points need to be fully operational,” he said.

The four countries of the Northern Corridor also have plans to make the area which has about 130 million people a single area network as far as telecommunications is concerned. The move will enable people moving across the region to make calls at regular rates and not be charged as roaming rates.

The minister said the Rwandan government was committed to supporting all the initiatives.

“We need to do more in terms of regional and continental integration for the wellbeing of our people. We should have a vision of a unified Africa, where internet traffic flows seamlessly,” the minister said.

Moctar Yedaly, Head of Information Society Division of the African Union said his organisation was building an ecosystem for ICT to ensure that Africa relies less on the western world.