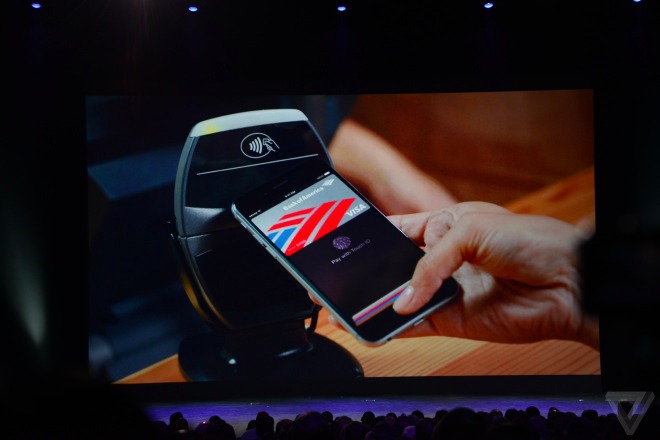 Apple Pay allows you to pay at the counter with your iPhone 6, Reports the Verge

After years of filing patents while publicly deriding NFC, the company is ready to bring the mobile payments tech to the masses.

Proud new iPhone 6 and Apple Watch owners will be able to use their devices to pay with a tap for everyday purchases, Apple announced today, a feature the company has been preparing for a long time.

The feature is called Apple Pay, and it aims to revolutionize the “fairly antiquated payments process” we’re all used to by replacing it with a near field communication (NFC) antenna, Touch ID, Passbook, and something Apple is calling the Secure Element, a dedicated chip that stores encrypted payment information.

Payments are broken, CEO Tim Cook said on stage today, and it’s exactly the kind of problem Apple is in the perfect position to fix.

“This whole process is based on this little piece of plastic, whether its a credit or debit card,” Cook said on stage today. “We’re totally reliant on the exposed numbers, and the outdated and vulnerable magnetic interface — which by the way is five decades old — and the security codes which all of us know aren’t so secure.”