At no point in history has it been this easy to destroy your entire life so quickly in such few words. As the saga of InterActiveCorp PR Executive Justine Sacco on Friday showed, if you end up on the wrong side of public opinion on the internet, your reputation will be thoroughly destroyed… and you may not even have a chance to respond until its already over. A type of justice has been served, yet we should not rejoice in what has happened here – we’ve set a dangerous precedent for how people can be treated when we find their predicament to be amusing.

For the rest of the world that wasn’t paying attention, what happened is quite simple: a PR executive at a powerful technology company tweeted something incredibly racist and awful before boarding a long flight.  Her comment went ignored until it was posted on Valleywag.  From there, it was picked up by all the major tech blogs, and within a few hours, there were detailed pieces on The New York Times and CNN websites explaining her behavior and her employer’s shocked response.  However, it didn’t end there — because she was mid-air and unable to respond the entire time, the story drew hordes of people who marveled at the circumstances, stupidity, and irony of her situation.

Sacco, who worked as a PR executive for IAC, posted an outrageous and shockingly wrong joke about AIDS and race on her personal Twitter account. IAC publishes OKCupid, About.com, Vimeo, and other top Internet brands.

Sacco wrote on Twitter Friday: “Going to Africa. Hope I don’t get AIDS. Just kidding. I’m white!” Then she hopped on a plane to South Africa.

That set off a storm of outrage on social media. Later, IAC condemned the post and “parted ways” with Sacco. Sacco apologized Sunday, after deleting her Twitter and other social media accounts.

When she finally did land and turn on her phone, she was informed of her new reality: she was a trending target. 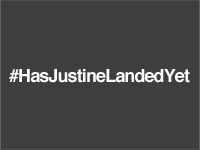 She received tens of thousands of angry tweets while being condemned by major media outlets, and there were even a brand that tried to cash in on her downfall. And of course, she was fired from her job. It’s easy not to feel sorry for her, she went out of her way to create this scandal. She’s apologized now, but nobody seems to care much. We were outraged, then we laughed; everyone watched joyfully as her life fall apart in a few hours. But in reality, she was just a passing thought to us. We won’t remember her name in a few weeks even though her undoing will be cataloged on Google forever.

So what exactly was the injustice that everyone was fighting against here?

There were no pro-Sacco factions, nobody thought her comment was funny, and it became clear early on that her employers were not going to put up with this. It was quite easy for groups to unite against her precisely because it was such an obviously idiotic comment to make. By the time Valleywag had posted her tweet, the damage to her career was already done; there wasn’t any “need” for further action by anyone. The answer is a bit darker — this wasn’t really about fairness, it was about entertainment.

It was unsettling for me to watch my Twitter feed full of professionals I admire and respect join in on the fun.  Their actions were largely harmless, but we are all setting the standard for how people will be treated when we don’t like something they’ve said online.  In this case, it doesn’t appear that Sacco was hacked, but if she had been, the reputational damage from viral outrage could have been too much to overcome.  Shaming and criticism on the internet is nothing new; but the intensity of internet “mobs” and the severity of collective punishment is taking a disturbing direction.  We can look at the examples of “human-flesh search engines” in China to see what can go wrong when masses on the internet decide to administer justice based on their moral beliefs.

In a way, is this not just a lighter, more controlled, safer version of the ugliness that led to crowdsourced investigations following the Boston bombing? Is the fact that other Twitter users made threats to harm and kill her now just an expected part of “internet justice” that we should ignore? And are we not just legitimizing types of behavior that in other contexts we would consider to be “trolling”?

Sacco’s comment was terrible and indefensible, but there is no shortage of offensive things said frequently in public across the internet. Just as we’ve enjoyed watching the lives of celebrities and politicians rise and fall, we now extend the same courtesy to internet micro-celebrities, whether they want the attention or not. We’ve “democratized” witch-hunts; a paparazzi is nothing compared to the digitally-empowered righteous mob. The next Sacco might not be such a clear case and instead of pointing and laughing now, we’d be better served by analyzing how best to react to similar cases in the future. Read more from Forbes and Internet Revolution