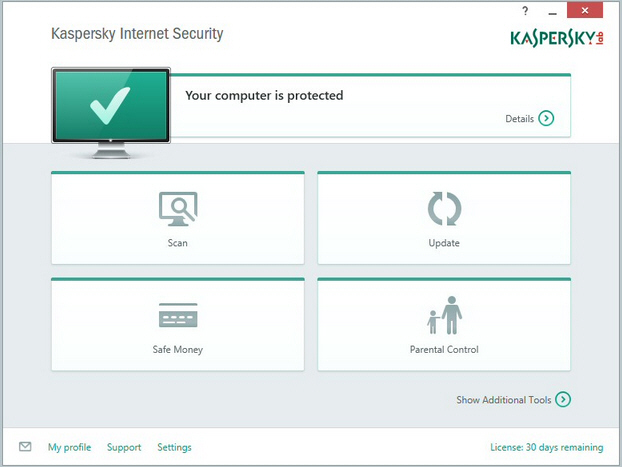 Both products now include an extra layer of protection from Cryptolocker-type ransomware. Kaspersky’s System Watcher now looks out for suspect processes trying to modify user files, and immediately backs up the originals. If the package finds the process was malicious then not only will the malware be removed, but you’ll get your documents back, too (or any tampered with in this session, anyway – backups are deleted when the program closes down).

Elsewhere, the firewall has been extended to check the security of Wi-Fi hotspots and warn of problems, like a vulnerable network connection or passwords being transferred in plain text.

Kaspersky’s Safe Money now prevents other applications accessing the web browser clipboard, and there are all the usual general claims about both packages: they’re faster, more lightweight, responsive and so on.

All this is presented in a simplified, subdued interface. Plain buttons highlight a maximum of four main task areas, and all the main functions are just a click or two away. But the new arrangement doesn’t get in your way, and experts can also call up in-depth details very quickly.

30 day trials of Kaspersky Anti-Virus 2015 and Kaspersky Internet Security 2015 are available now. The range won’t be officially released until 2nd September for the UK, 19th September for Europe, but if you want to try the product then the new builds will work everywhere.