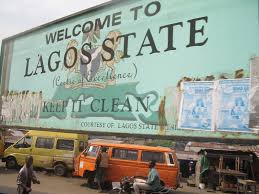 According to an analyst, Lagos is expected to become Africa’s technology hub by 2020. That’s per recent trends that have seen an impressive number of tech startups sprung up within the last few years. In efforts to further encourage and embrace this vision, chief campaigner for the “Lagos Silicon Village” has officially detailed his plans recently.

Tomiwa Idowu, partner at Hudson & Idowu and chief campaigner for the Lagos Silicon Village, detailed his plans and vision to develop “Africa’s next tech hub.” At a media briefing in Lagos, he detailed the construction of an ambitious 23-floor architectural masterpiece in the Village.

The impressive building is said to cost a massive 7-billion Naira (roughly US$44-million). To what ends? The skyliner hopes to a provide incubation services including training, mentorship from seasoned professionals in the technology industry and access to local and international venture capitalists. Idowu further details his vision:

“The Silicon Village tech hub will be a geek haven of sorts, a place where techies, software developers, mobile and web programmers, government, tech companies, hackers and venture capitalists can converge to collectively create ground breaking mobile, web and software technologies that will solve social and tech-related problems around Africa, create job opportunities and secure Nigeria’s place in the global league of tech superpowers.”

He says that with the help of the local government and the involvement of both national and international investors,the necessary encouragement needed for such a massive task will become a reality. Nigeria is home to a number of tech startups that are contributing greatly in the country’s wealth creation.

“The era of Internet start-ups is likely to replace the era of mobile phone and computer technicians situated at Computer Village Ikeja,” says Idowu.

Additionally, the proposed “Silicon Village” is expected to accommodate about between fifty and sixtee tech startups at a time. Business Day notes some impressive startups that have proofed to become very successful in recent years.

Often dubbed the “Netflix of Africa”, iRokoTV is a platform that distributes movies and shows via the internet. Since the service was launched in 2010 it has become the world’s largest distributor of African movies.

Another startup that manages to grab the attention of the media is BudgIT. This civic startup translates and exposes government budget data in a way the public can easily digest. More