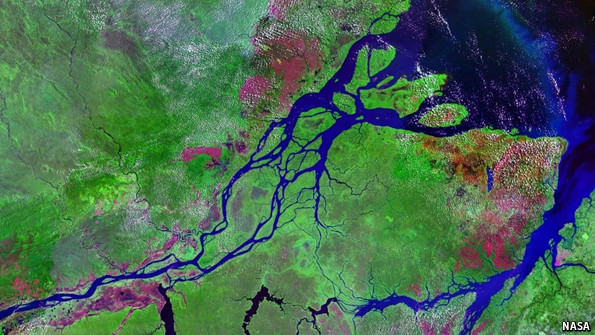 WHO has the rights to the name “Amazon”? The e-commerce giant of the same name or the countries through which the world’s second longest river flows? The Internet Corporation for Assigned Names and Numbers (ICANN), which oversees the internet’s address system, will have to answer this tricky question: the company wants to register internet addresses ending in .amazon, but several countries in South America, including Brazil and Peru, object. And they have the support of the Government Advisory Committee (GAC), the group that represents governments within ICANN, which came out against .amazon at a recent meeting of the organisation in Durban.

The conflict does not bode well for ICANN’s efforts to hugely expand what is known as the internet’s “name space”: it wants to add more than 1,400 new generic top-level domains (gTLDs)—the bit at the end of a web address, like .com or .net.

“We understand their business model. We understand they want to do a good job,” said a member of Brazils’ delegation in Durban after talks with the firm. But, he added, for his government it would be “a matter of principle and public interest“ to reject Amazon’s claim: the region through which the river flows represents half of the country’s territory (see picture) and is home to 30m people. More