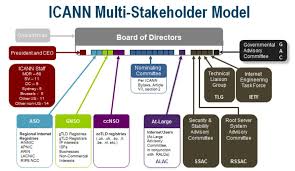 Written by Brenden Kuerbis For internetgovernance.org

The reaction to last weeks announcement from the leaders of the “I* organizations” (ICANN, the RIRs, IETF, IAB, W3C and ISOC) on the future of Internet governance has been overwhelming.  Judging from the 90,000+ visits to the IGP blog’s brief analysis of the situation, there is a global groundswell of interest in its implications.

We suggested last week that the USG has lost its chance to lead the transition away from its unilateral oversight of ICANN.  The I* orgs, in alliance with at least one like-minded government (Brazil), have shrewdly positioned themselves to do so. However, the details about how such a transition would occur are absent. What would a newly independent ICANN look like? How would it be held accountable to its stakeholders? How will we get there? It is these details which should be on the agenda of the highly anticipated meeting in Rio this coming spring.

An international agreement along these lines should have the following elements:

We invite serious comment on the feasibility of this framework. We would encourage civil society actors in particular to converge on a common approach to the transition. Read more from the original post here