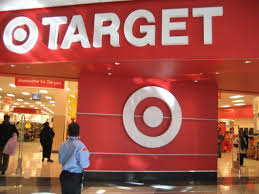 (As Reported by Reuters) – Target Corp said hackers have stolen data from up to 40 million credit and debit cards of shoppers who visited its stores during the first three weeks of the holiday season in the second-largest such breach reported by a U.S. retailer.

The hackers worked at unprecedented speed, carrying out their operation from the day before Thanksgiving to this past Sunday, 19 days that are the heart of the crucial Christmas holiday sales season.

Target, the third-largest U.S. retailer, said on Thursday that it was working with federal law enforcement and outside experts to prevent similar attacks in the future. It did not disclose how its systems were compromised.

Target did not detect the attack on its own, according to a person familiar with the investigation.

The retailer was alerted its systems might have been compromised by credit card processors who had noticed a surge in fraudulent transactions involving credit cards that had been used at Target, according to the source, who was not authorized to discuss the matter.

The timing of the breach could not have been worse for Target, coming just before three of the four busiest days of what has been a bruising holiday season for retailers, with the highest level of discounting in years. Target itself last month lowered its profit forecast for the year after disappointing sales in the third quarter.

Complaints from customers began to surface on social media as they learned of it early Thursday morning.

“Most of these attacks are just a cost of doing business,” said Mark Rasch, a former U.S. prosecutor of cyber crimes.

“But an attack that’s targeted against a major retailer during the peak of the Christmas season is much more than that because it undermines confidence.”

Investigators are still trying to understand how the attack was carried out, including whether hackers found a weakness at Target’s own computer network or through credit card services vendors. It was not immediately clear what percent of the transactions at its brick and mortar stores had been compromised but the company said its online business had not been affected.

Massachusetts Attorney General Martha Coakley, who headed a multi-state probe into a 2007 data breach at TJX Cos, said in a statement that her office was talking to Target about the breach and how the company is addressing it, and plans to work with other Attorneys General to determine whether the company had proper safeguards in place.

New York Attorney General Eric Schneiderman said in a public statement that he had asked Target for more information as well. Lawyers said that there will almost definitely be class action suits against Target.

The affected payment cards include Target’s REDcard private label debit and credit cards as well as other bank cards, Target spokeswoman Molly Snyder told Reuters on Thursday. She declined to say if the incident was affecting store traffic.

The largest breach against a U.S. retailer, uncovered in 2007 at TJX Cos Inc, led to the theft of data from more than 90 million credit cards over about 18 months.

Since then, companies have gotten far more adept at identifying intruders. But criminals have responded by developing more-powerful attack strategies, spending months on reconnaissance to launch highly sophisticated schemes with the goal of extracting as much data as they can in the shortest period of time.

Target will provide more details on costs related to the issue at a later date, Snyder said. She declined comment when asked if Target expected potential fines from MasterCard, Visa and American Express or saw a possible increase in merchant fees.

“It’s so early in this investigation,” Snyder said.

Avivah Litan, a Gartner analyst who specializes in cyber-security and fraud detection, saw costs for Target. “They are going to pay for any fraud on the card,” she said. “They will get fined (by card issuers) for non-compliance with payment card security standards. Their merchant fee will probably go up a few basis points.”

Target’s shares closed down 2.2 percent at $62.15 on the New York Stock Exchange on Thursday afternoon, while the Standard & Poor’s 500 stock index fell 0.06 percent.

Target warned customers in an alert on its website that the criminals had stolen names, payment card numbers, expiration dates and security codes.

The company had identified the breach on Sunday and had begun responding to it the same day, Snyder said. She declined to explain why the retailer waited until Thursday to alert customers about the breach.

Krebs on Security, a closely watched security industry blog that broke the news on Wednesday, said the breach involved nearly all of Target’s 1,797 stores in the United States.

The U.S. Secret Service is working on the investigation, according to an agency spokeswoman. A Federal Bureau of Investigation spokeswoman declined to comment.

“Thank you Target for nearly costing me and my wife our identities, we will never shop or purchase anything in your store again,” said one posting.

“Shop at Target, become a target,” remarked another. “Gee, thanks.”

Target’s Snyder said it has been getting an “extremely high” volume of calls from customers and is adding employees to its call centers to answer questions on security breach.

Krista Brewer, 27, a student at Bridgewater State University at Braintree, Massachusetts, sent Target an email and canceled her credit card on Thursday because she had used it multiple times in recent weeks at the store.

“If they don’t do anything for the customers who had their cards put at risk, such as coupons or a special deal, I think I will avoid shopping there in the future,” she said. “I’m very security conscious, and they aren’t saying exactly how the breech happened.”

JPMorgan Chase & Co, one of the biggest U.S. credit card issuers, said it was monitoring the accounts involved for suspicious activity and urged customers to contact the bank if they noticed any.

An American Express spokeswoman said the company was aware of the incident and was putting fraud controls in place.

Major card brands typically offer their cardholders zero liability and cardholders should contact their issuer if they spot suspicious transactions, a Visa spokesman said, adding that a breached account does not necessarily result in a fraudulent purchase.

“This could hurt the end of the holiday season if for no other reason than many of their customers have to cancel cards ahead of holidays,” said Janney Capital Markets analyst David Strasser.

The breach also comes at a time Target is trying to build its online business, which by some estimates is only 2 percent of sales.

“All consumers will hear is that Target is not a safe place to use your credit card. That impacts trust, which in turn can impact retail’s fastest-growing and most trust-sensitive touch points: online and mobile,” said Carol Spieckerman, president of retail strategy firm newmarketbuilders.

Still, consumers tend to have short memories with these things, so even if it is bad now, it will likely be less of an issue next quarter, said Gartner analyst Litan.

“(Consumers) care more about discounts than security,” she said.