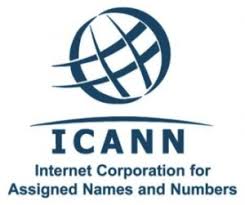 Two ICANN directors Chris Disspain of .au policymaker AuDA and Mike Silber of the  The .za Domain Name Authority  have updated their official statements of interest  which are normaly  used by ICANN  to identify any potential conflicts on the board of Director.

This moves comes after a .africa applicant DotConnectafrica lodged a complaint implicating the two saying “In our letters, we gave a full explanation of the matter, and adduced reasons to justify our fears that Mr. Mike Silber and Mr. Chris Disspain might be deeply conflicted over the DotAfrica (.Africa) gTLD issue, and how this would cause them to be strongly prejudiced against DCA’s application because of their relationship to a competing applicant for DotAfrica (.Africa).“

The Ombudsman had initialy wrote a blog saying “To conduct this investigation it has been necessary to look at the board meeting minutes to analyse whether there have been any decisions made at the new gTLDs subcommittee which actually affect the complainant. It is of course quite possible that there would be issues which affect these 2 applications”

He however concluded that “As a result of this investigation, I consider that no disqualifying conflict of interest, or indeed any conflict of interest at all, is present in the actions of both Chris Disspain and Mike Silber. It is likely this complaint has led to increased awareness of the possibilities of conflict of interest, which the Board will carefully consider in terms of the existing policy about conflict, when the issue arises. I consider this should continue to be a matter for consideration in gTLD decision making by the Board.”

The new SOI statement more clearly specifies the relationship between South African ccTLD policymaker ZADNA — for which Silber acts as treasurer — and Uniforum, which has applied for the .africa gTLD. It also gives a bit more information about Disspain’s employer, .au policymaker AuDA, and ARI Registry Services, which is providing the back-end registry services for dozens of new gTLD applicants.