There is growing excitement from the domain clients who want to capture fresh names as soon as they are delegated and even so several developments have been made towards making the new gTLD market ready for the new gTLDs.

Among the steps is the new g-TLD Pre-registration, some companies like 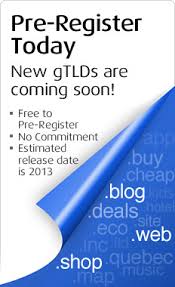 All New gTLD applications are currently out of the Initial Evaluation – This marks the first stage of the approval process. If applications they pass this stage, they still need to run the gauntlet of objections, contention and possible government interventions. Thus is never a guarantee any of them will ever come to exist.  This means none should be led to spend any money to secure the names.

Organizations like Uniforum have recently set up a Dot Africa Government Reserved Names List (RNL) Policy. These reports surface even as Uniforum explains that “The MVS is essentially a database of trademarks and other proprietary names that African organizations and individuals have lodged with the ZACR in order to mitigate against their abuse during, and participate in, the dotAfrica Sunrise process starting in early 2014”

There have been great speculations of the success of the .africa registry given that the applicants were involved in a huge tussle that involved government support and a raft of other accusations involving the conflict of interests within the African Union which was faulted for being a game changer instead of an oversight body. ICANN has been taken to task for its slow pace in managing conflict of interest issues that were reported in its board especially targeting two members who were directly affected by the dotafrica case.

These recent reserve names policy activities over .africa unfortunately give a false impression that the .africa is ready for delegation, DotConnectAfrica who was front runner of the domain has been held back by the  GAC objection and have refused to withdraw further going through the IRP process in a renewed attempt to get its application back in process.

Even if a TLD is approved there is a series of launch phases that a New TLD will undergo that will trump any ‘pre-registration’? Trademark owners will get first crack at names through a Trademark Sunrise. Communities may offer registrations to members first. There is a Landrush phase and also reserve auction, where registries hold names back in order to auction to the highest bidder. All of these may occur before domains are offered for open registration and are beyond control of any website currently offering domain pre registration.

DotConnectAfrica would expect that ICANN will in good faith and in trust for fair competition hold the Uniforum application as the IRP process goes on so that should it successfully be reinstated, there will be further processing of the .africa contention sets, then the winner can go through to delegation.

Aspiring registrant for the .africa gTLD have the false belief their pre-registration has secured the domain name due to the media announced activity of reserve names policy. This is entirely untrue. It may even be illegal for the applicant to commence such processes before securing a contract which may never come as DotConnectAfrica is thrown the process back to the works to find out the faults.

Applicants should watch out and wait for the applicants to face ICANN processes.