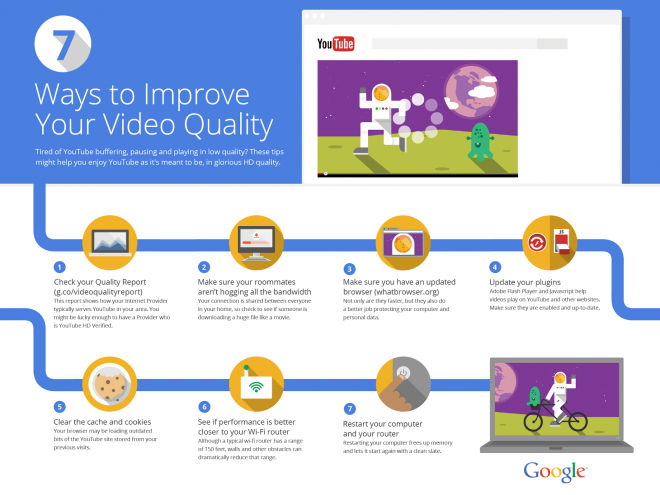 Google has unveiled Google Video Quality Report, “a simple tool to see the level of video quality your Internet service provider can play YouTube.” U.S. and Canada-based YouTube watchers can run it on their machines starting now. Reports Wired.com

According to Google, the report measures the speed at which video bytes are transferred from the host server to your screen and delivers a rating: either YouTube HD verified, Standard Definition, or Lower Definition. The rating report is based on anonymized data from billions of users collected over a 30-day period.

The above video explains Google’s reasoning behind launching the report, which basically sums up as: It sucks when a YouTube video takes forever to load. But the real reason for the report is to convince you that it is rarely Google’s fault when a video buffers slowly. Who’s fault is it? Yours, and your providers.

“We pick the shortest, most direct route,” Google’s explanatory introduction to the Video Quality Report reads.

When you click play, YouTube carries the video data through its system to your Internet Service Provider (ISP) via the most efficient path possible. Sometimes, exceptional circumstances mean we may need to use a less-direct path.

However, it continues in a more pointed fashion:

When your ISP receives your video from YouTube, they begin the important job of carrying it across their network to your home. They must ensure there’s enough capacity where they receive the data from YouTube. Otherwise, your video streaming quality will suffer.

The report will also let you know if you are the problem, indicating if “your Wi-Fi setup, and other in-home factors such as the number of connected devices” are slowing streaming down. If you are the bottle neck, the report offers some helpful tips for how to get your act together, such as, “make sure your roommates aren’t hogging all the bandwidth.” One piece of advice, if you’re going to march into your roommate’s bedroom to ask them to stop streaming so much video, knock first. 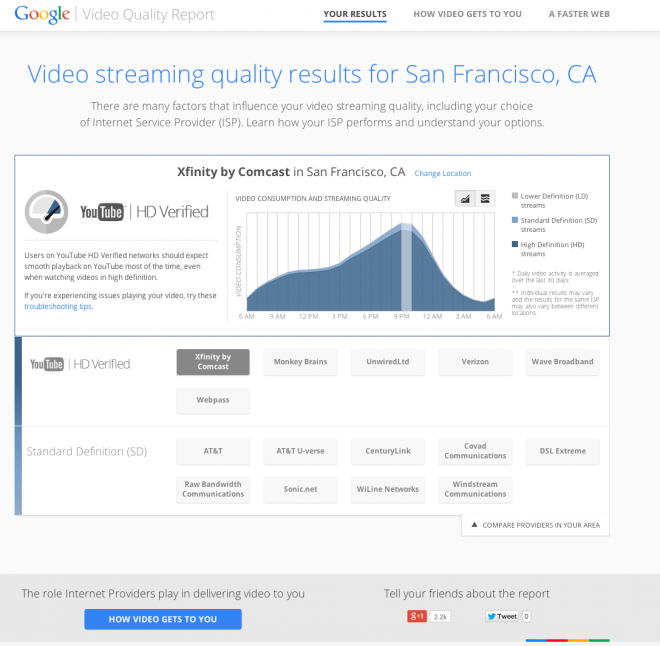 The reporting tool will be rolling out to more countries in the coming months.