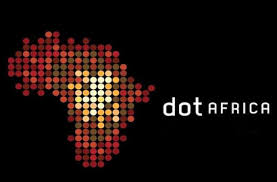 Soon ICANN activities and management of the new gTLD program, much as it’s mostly an unchartered destiny is going to reveal just how hard it is to stay neutral in processing different applications. So far some applications have  received their evaluation results earlier than those whose priority numbers come first.

Durban South Africa is the latest destination for ICANN international meeting, and conveniently it is in Africa, the home of the most contested gTLD. .Africa was once a very attractive domain that has turned quite unpopular after a sustained and mostly unfair fight between the two principal applicants of the domain name string: DotConnectAfrica Trust from Kenya and Uniforum ZACR from South Africa.

What will make this all controversial is not that one applicant is weaker or stronger than the other (even though DCA Trust has proved to be an effective and strong competitor in its own right) but that actually all actions in the past and present have indicated just how far insider manipulation can go in bending the rules of engagement and fairplay.

Again it does not come as a surprise that Durban in South Africa is the host.  Could this be a sign that ICANN is playing to the hands of the handlers of Uniforum? At a stage, it was even reported by the GAC in their Toronto Communique that the South African government was not aware that their country would be the host country of an ICANN meeting, even though ICANN had already approved South Africa as the meeting destination; thus pointing to the unseen hands of the ZADNA operatives like Vika Mpisane and Mike Silber, in manipulating to have their country as the host of an ICANN meeting, just to serve the interest of South Africa and possibly UniForum ZACR.

Well ICANN has been pretty amazing in the way it has managed the process. Forget the Digital Archery or the normal TAS glitch, recently, DotConnectAfrica received an “incomplete” review of its application, the main reason is that ICANN chose to publish the Initial Evaluation result without allowing the Geographic Review panel to complete their work, just like other panels had completed their evaluation of the DCA Trust .Africa application.   Instead, they just adapted the New gTLD Program Committee decision (on GAC Objection Advice regarding DCA’s application) that in turn adopted a controversial and widely criticized GAC Policy Advice that recommended that the .africa application by DotConnectAfrica not be approved.

DCA Trust has already made an issue of the fact that the UniForum application does not have government support,  but the same Uniforum keeps relying on government support and not on any technical or financial merit to enable it get the .Africa new gTLD.

Suspect activities include reporting first on DotConnectAfrica’s application of prioritization draw number 1005, that is way after Uniforum’s priority number 307 even though both applications are in the same exact matching contention set. Following the unexplained but prolonged delay in announcing the IE results for UniForum’s application, the question we should now ask is: “did Uniforum’s application fail on the other parts of the application such as the evaluation criteria or will it also fail the geographic names panel evaluation?” Apparently, DotConnectAfrica according to the notification given by ICANN as the reason behind the incomplete result is as follows:

“This is a notification to inform you that the status of your application .AFRICA (application ID 1-1165-42560) will be updated to reflect the 4 June 2013 New gTLD Program Committee (NGPC) approved resolution to adopt the “NGPC Scorecard of 1As Regarding Non-Safeguard Advice in the GAC Beijing Communiqué.” The status of “Not Approved” will be reflected on the Application Status page of the new gTLD microsite.

If ICANN in the interest of fairness  have been trying to balance the .africa applications: why was DotConnectAfrica’s details been released yet there is nothing so far on Uniforum’s application, is it a way of telling DotConnectAfrica, you passed but we shall fail you anyway?  So unless it is special favoritism and partiality to Uniforum, ICANN did not break the news out.  Somehow, it appears as though despite DCA”s proven competency in everything else, it seems to me ICANN NGPC wants to get rid of DCA unfairly and offer an undeserved award to UniForum.

Another issue is could there be any modifications being made to the Uniforum application to make it robust should it be that they could have failed some evaluation questions and there is fear that there may never be a .africa despite the fact that DotConnectAfrica has passed yet being blocked by a GAC Advice?

With the upcoming Durban meeting, it is obvious that ICANN will either keep quiet  so not to offend their country hosts while they are their respectable guests, at their mercy, as in pampering the hosts like little children or may simply announce pre-Durban that a failed application has passed.

DCA already complained that the endorsement process was politicized, and I hope the Initial Evaluation process for Uniforum will not be subjected to any unnecessary political manipulation to unfairly assist one applicant over another.