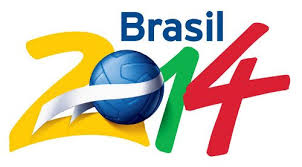 The 2014 FIFA World Cup is still in its opening round, but the soccer tourney has already broken the record for peak amount of online-video streaming bandwidth as delivered by Akamai Technologies, and also set new high-water marks for ESPN’s and Univision’s digital-video services. Reports Todd Spangler for variety.com

Monday’s Germany-Portugal match drove a peak of 4.3 terabits per second of streaming video on Akamai’s content-delivery network, blowing past the previous high of 3.5 Tbps as measured for the U.S.-Canada men’s hockey semifinal during the 2014 Winter Olympics.

The streaming-video peak for the USA-Ghana match came in at 3.2 Tbps, behind last Friday’s 3.4 Tbps for the Spain-Netherlands contest, according to Akamai.

For ESPN, the USA-Ghana match was the biggest-ever event for WatchESPN: 1.4 million people watched the American team defeat Ghana on the digital-video service for a total of 62.4 million viewer minutes. The Germany-Portugal match was WatchESPN’s second-best event ever for unique viewers (1.1 million) and average-minute audience (418,000), and third in minutes viewed (52.6 million).

On TV, ESPN’s coverage of USA-Ghana was the best ever for a World Cup game on the cabler, averaging 11.09 million viewers on Monday, while Univision drew 4.8 million viewers, according to Nielsen.

And as the World Cup plays on, culminating in the July 13 final, the digital viewing figures stand to only increase.

The worldwide soccer mania extended to social networks, although the relative unpopularity of the sport in the U.S. continues to be reflected in the numbers.

On Twitter, the Germany-Portugal match was the second-most tweeted World Cup match so far, with over 8.9 million tweets (trailing Brazil-Croatia with 12.2 million Tweets).

By comparison, 4.9 million Tweets were sent during the U.S. vs. Ghana match. Those included this Vine message from President Obama (retweeted more than 2,100 times):